Hamilton: The Exhibition takes visitors deeper into the life and times of Alexander Hamilton, while at the same time chronicling the American Revolution and the creation of the United States of America. From the post in St. Croix where teenager Alexander became an indispensable trader, to the hilltop in Weehawken, NJ where Burr fatally shot Hamilton in their infamous duel, Hamilton: The Exhibition seeks to elucidate the powerful experience of building our country and shaping our Democracy.

The exhibition features an audio tour narrated by the musical’s author, Lin-Manuel Miranda, along with Phillipa Soo and Christopher Jackson, who played Eliza Schuyler Hamilton and George Washington in the original Broadway production of Hamilton. Joanne B. Freeman, historical advisor and Professor of History and American Studies at Yale University, also narrates. The Spanish language translations are narrated by Olga Merediz, who originated the role of Abuela Claudia in the Broadway production of In The Heights.

With a dynamic and interactive mix of lighting, sound, multimedia, music and historical artifacts, you will experience how it felt to write the way Hamilton wrote, fight the way Hamilton fought, and live the way Hamilton lived. Discover how his work as a trader in St. Croix gave him the skills to create our country’s financial system. Gaze upon the streets of New York with detailed replicas of the city in 1776. Step into George Washington’s war tent as you learn how the Revolutionary Army planned their shocking victory in the Battle of Yorktown. 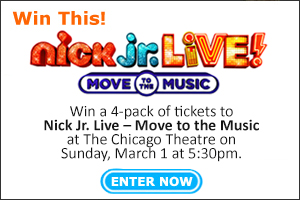